John Branch, President of the Board of Directors for the Clear Lake City Water Authority 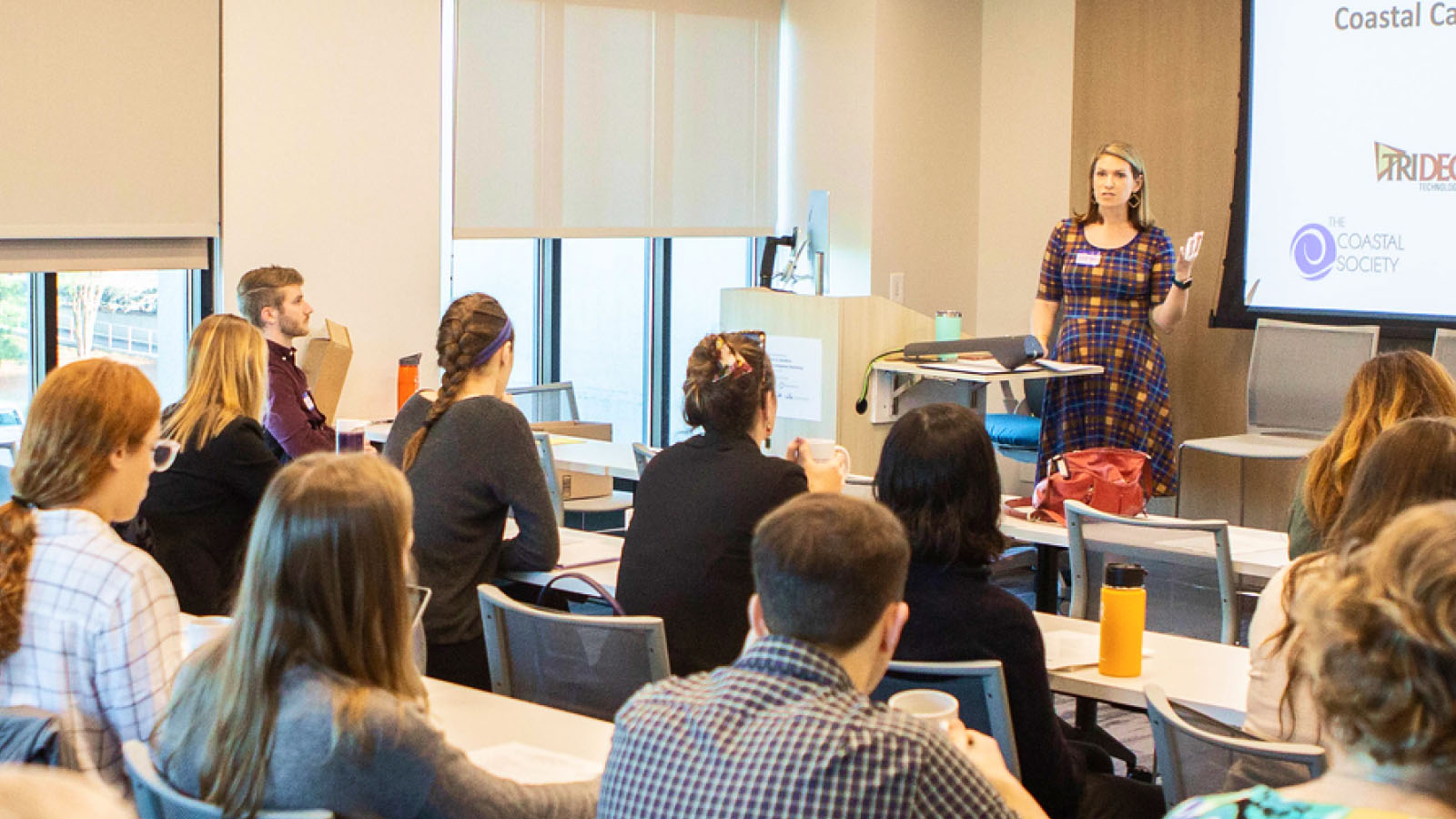 Once a defunct golf course, Exploration Green is now a 200-acre urban green space providing the community with an innovative solution for their stormwater flooding and recreational needs.

- John Branch, President of the Board of Directors for the Clear Lake City Water Authority

That adage “it takes a village” could not be truer when it comes to Exploration Green’s story. It’s taken lots of dedication, belief, and a no-quit attitude to secure funding, financing, and volunteers to build and maintain Exploration Green’s 200-acres of stormwater detention lakes and parks space.

Flooding was an issue for the Clear Lake City community, just southeast of Houston, Texas, due to runoff and hurricanes. Clear Lake City has experienced several one-percent annual chance flooding events, and knew they needed to do something about it. When developers were considering turning an old golf course into high-density development that would cause even more flooding, it instead provided an opportunity to address the flooding issues and provide recreational facilities for the community.

John Branch, President of the Board of Directors for the Clear Lake City Water Authority (CLCWA), shares that community members, through the Clear Lake City Civic League, approached them about concerns with the proposed development. The water authority contracted a hydrologist to conduct an impact study for the 16,000 acres under its jurisdiction to make recommendations for how to reduce flooding. The study recommended that they increase water retention capabilities. Since severe flooding was happening around the golf course property, the water authority decided to purchase the golf course to reduce future flooding.

With a price tag of almost $38 to $40 million, it took a combination of bonds, grants, donations, and volunteers to make Exploration Green happen. After six years of negotiations, planning, and community meetings, the Clear Lake City Water Authority purchased the land for $6.25 million. They used reserve funds from existing bonds that were earmarked for drainage projects to purchase the golf course property. Their vision was to create a system of stormwater detention basins that looked like natural lakes, and to provide recreational opportunities and open space for all of the community.

Next, the Clear Lake City Water Authority met with Houston Parks Board for advice on how to protect the land from future development. Their guidance was to form the Exploration Green Conservancy, a 501(c) 3 nonprofit, to create the park amenities, develop an active core of volunteers, and manage the conservation, landscaping, and recreational aspects of the project. The nonprofit status opened the project up to funding opportunities that government entities were not eligible to apply for. One of the first actions by the conservancy was to assist the Clear Lake City Water Authority to partner with the Galveston Bay Foundation to create a conservation easement to protect the land from commercial development in perpetuity.

Next, Clear Lake City Water Authority went to their residents for project funding. John says, “We went to the voters and said we’d like to do this project. The CLCWA can pay for putting in the detention ponds, and the conservancy can go out and get grants and donations and pay for all the amenities, the hike and bike trails, and the benches.”

The bond was approved, which provided $28 million. “People who have flooded are very interested in spending money to address flooding,” John notes. “We also did a lot of upfront work to engage community members in the project vision.”

The Clear Lake City Water Authority broke the project into five phases over a 15-year period. A 15-year bond term enabled several other municipal bonds to retire and not cause a tax increase with the new bond being used to pay for Exploration Green construction. This five-phase approach also kept construction impacts to the surrounding neighborhoods to a minimum.

Donations and volunteers are a large part of how Exploration Green is succeeding. For example, Trees for Houston has committed to donating 5,000 trees for all five phases of the project. They also provided an auger to dig tree holes and helped the conservancy set up a tree nursery. This has helped the conservancy save time and money, and has resulted in a high survival rate for the trees. To keep plant costs down, the conservancy and the Clear Lake City Water Authority created their own tree and wetland plants nurseries and worked with experts from Texas A&M University to identify native grasses that require less maintenance.

Several Texas Master Naturalists Program members serve on the advisory board, and one serves as the Land Steward, managing the natural resources, the plant nurseries, and volunteers. The Land Steward is a paid employee of the Clear Lake City Water Authority.

Organizations like the Texas Coastal Management Program, City of Houston, Harris County, Texas Parks and Wildlife, and the Texas General Land Office have provided over $3 million in grants for the hike and bike trails, the tree irrigation system, and other park amenities.

There are many other local government departments, organizations, and businesses that have provided financial and in-kind support to the project. In addition to grants and donations, the conservancy’s volunteers help write grant proposals, plan community events, and work on communications and projects like signage design.

When all five phases are completed, Exploration Green will protect 2,000 to 3,000 homes. However, the community saw flood reduction benefits early on. During Hurricane Harvey, although only 80 percent of the Phase 1 pond was excavated at the time of the hurricane, it helped detain 100 million gallons of water, protecting at least 150 homes from flooding. In 2019, Tropical Storm Imelda had minor impacts on the community, and the project withstood Tropical Storm Beta.