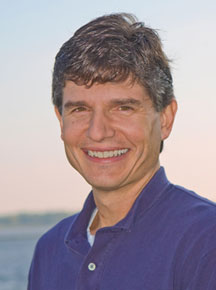 Nicholas (Miki) Schmidt is chief of the Science and Geospatial Services Division for NOAA’s Office for Coastal Management. Program initiatives in that division include leadership for the Digital Coast, data acquisition and delivery, and economics.

An expert in applying geospatial technologies, Schmidt has had a long career with the federal government. From 1988 to 1991, he served as a civilian remote sensing scientist for the U.S. Army's Strategic Defense Command. He then joined NASA's commercial remote sensing program, working with private industry to develop new remote sensing products and services.

Schmidt’s work with NOAA began in 1996. He first served as the manager of the NOAA Coastal Services Center's GIS program for four years, then became deputy chief of the Coastal Geospatial Services division. In 2004, he was named division chief or the organization that now calls itself NOAA’s Office for Coastal Management.

Schmidt holds a master's degree in geography and a bachelor's degree in marine science, both from the University of South Carolina.